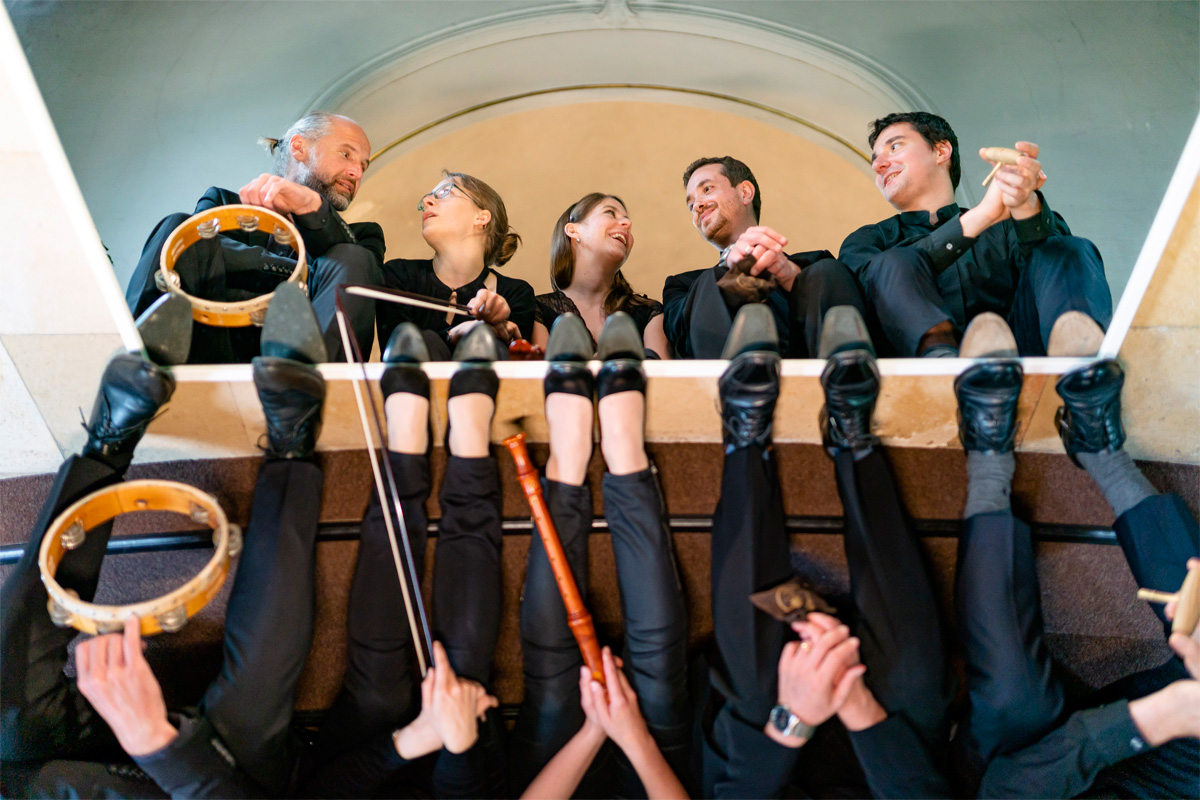 The baroque ensemble L’Ephémère was founded in 2005 by five young musicians studying at the Lyon Conservatoire of Music in France. While there, the ensemble received formative instruction from Gabriel Garrido, Pedro Memelsdorff, Eugène Ferré, Jean-Marc Aymes and Agnes Dorwarth among others. The musicians complete actually them studies in distinguished Conservatory like l’ESMUC in Barcelona, Haute-Ecole in Genève, Musikhochschule in Freiburg und CNSM in Lyon. The ensemble consists of two recorders, a baroque cello, a theorbo and a harpsichord.

L’Ephémère has two meanings: it is a special breed of butterfly that only lives for one night or by extension, is a fleeting yet beautiful and unforgettable instant - an ephemeral moment. The ensemble’s musical philosophy also emulates this principle. The ensemble’s performances have been described as “virtuosic, full of life and dedicated...“  Recently, the ensemble has produced a new recording in L'Arbresle February 2010 in France. They have also been invited to play in Pedro Memelsdorff’s Masterclass in Antwerpen for the IYAP 2009 and also with Jesper Christensen for the “Förderpreis March 2010“ in Saarbrücken, and in the Festival Oude Muziek in Utrecht as Fringe ensemble in 2008, 2009 and 2010. 2017 in the festival du Pays du Mont-Blanc.